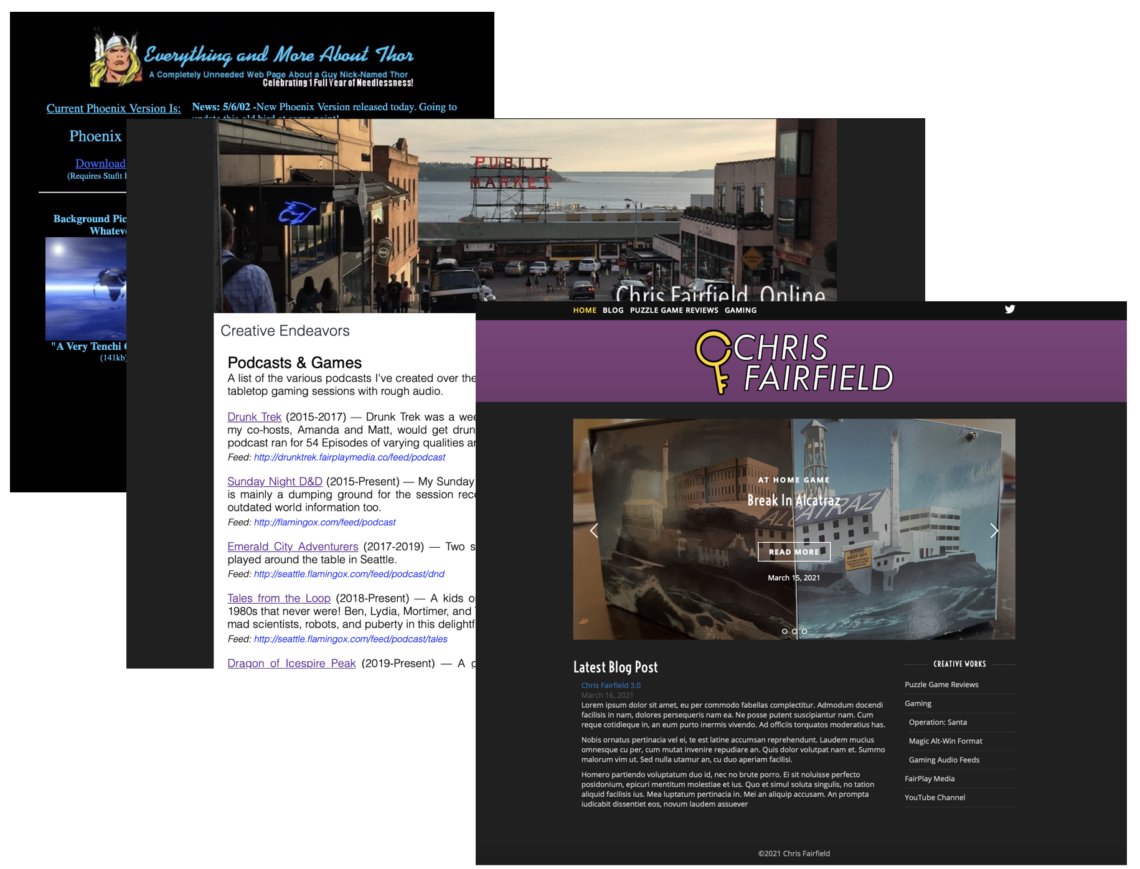 Welcome to the third version of my vanity site! I launched the site back in 2001 and last updated the design of it back in 2011; so, I figured it was probably long overdue for an update. I look forward to doing another major update in 2031.

I switched over from a static site to a WordPress instance because I have a couple irons in the fire that I’m hoping to get out into the world this year and wanted to make it easy on myself to get them added to the site. The good news is that two of those projects are launching today!

The first is my personal blog—where you’re reading this very post. I recently passed the 20th anniversary of my Livejournal and I found myself missing having a good place to write posts. Additionally, it has become clear over the last five years or so that the social media giants have become something far more sinister than what they were originally pitched as. So, while I’m rethinking how I engage and interact with those platforms, I’m gonna try writing updates from here and see how it goes.

The other project I’m excited to launch today is my Puzzle Game Review blog. I’m a big fan of Escape Rooms and have recently fallen down the rabbit hole of Puzzle Books, Puzzle Hunts, and At-Home Puzzle Games. I’d been keeping track of all the games I’d done in the Notes app, but realized that I wanted someplace to keep a more substantial record of what I thought about each experience and a place I can point to, when people ask for game recommendations. So I’ve moved the contents of that note here, and wrote a formal review of all the games I’ve played to go along with them. I’m mainly writing for myself, to better reflect on and retain the experiences, but figured other game enthusiasts might enjoy it as well.

I’ve got a few other projects that I’m hoping will come to fruition later this year, I’m not quite ready to announce any of them yet, but I’ll post here as soon as I’m ready to talk more about them. In the meantime, hope you enjoy the new site!